Product designers work inside a team rather than in isolation. Though a good designer could work on anything from product strategy, UX research, interaction design, visual design to prototyping, how much influence he can have in shaping the product is subject to the team that he is in and the lead of the team, which is usually the PM — that is — the product manager.

Working with a PM that understands design and values product thinking gives us the opportunity to make an impact. Whereas if the PM lacks this understanding, the contribution we can make is greatly limited. That’s why we need to know the traits of a good PM so that we can identify a good product team to work for. Having worked in various teams for some time, here are some of the characteristics I’ve observed that separate the good PMs who understand design from the rest.

A good PM knows that she is essentially solving a business problem: to deliver a product/service that people are willing to use that sustains the business.

To achieve this goal, she puts users, or customers, at the center. She is clear about the product’s value proposition, strategy, its customers and competitors. If not, she involves designers/researchers early in the process and works with them to figure these things out. She leverages designers because she knows that product designers are advocates for users and equipped with knowledge and skills beyond creating mockups and making things beautiful. One such skill, for instance, is using workshops and the divergent-convergent process to gather different viewpoints, foster creative thinking and reach a consensus.

Recently a PM said to me that a good designer also thinks from a PM’s point of view, which clearly shows that she understood the role a product designer plays in a project and expected designers to demonstrate product thinking .

On the contrary, a PM that lacks product thinking and doesn’t understand design often looks at what competitors are doing, trivially assumes that the same tactics will also work and increase a certain metric, and simply copies those tactics without considering the problem holistically. Designers in this situation, often are reduced to mockup factories, because the PM thinks that a certain look or layout would magically increase the metric. It’s painful for designers to work this way, and it’s also easy for designers to be micromanaged.

To find out if the team or the PM really understands design, here are the questions we may ask during interviews: What features did the team ship last year? What were designers’ roles in shipping those features? If the answer shows that designers were actively involved in different stages of the feature shipping process, then we know design plays an important part in this team. If the answer tells us that designers were only pushing pixels, then we know that that team probably is not the right one to work for.

View all posts by Simon Li 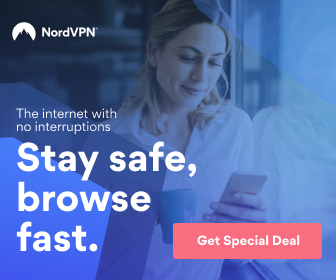